In August of 2021, we set out to create the best possible collection of 10k high-resolution, randomized, generative Hippos as NFTs. Hand drawn with love by our creator and illustrator, Brigitte Cronje.

We partnered with the Bueno team to build our website, write a super optimized smart contract, and a minting flow with minimal gas fees. 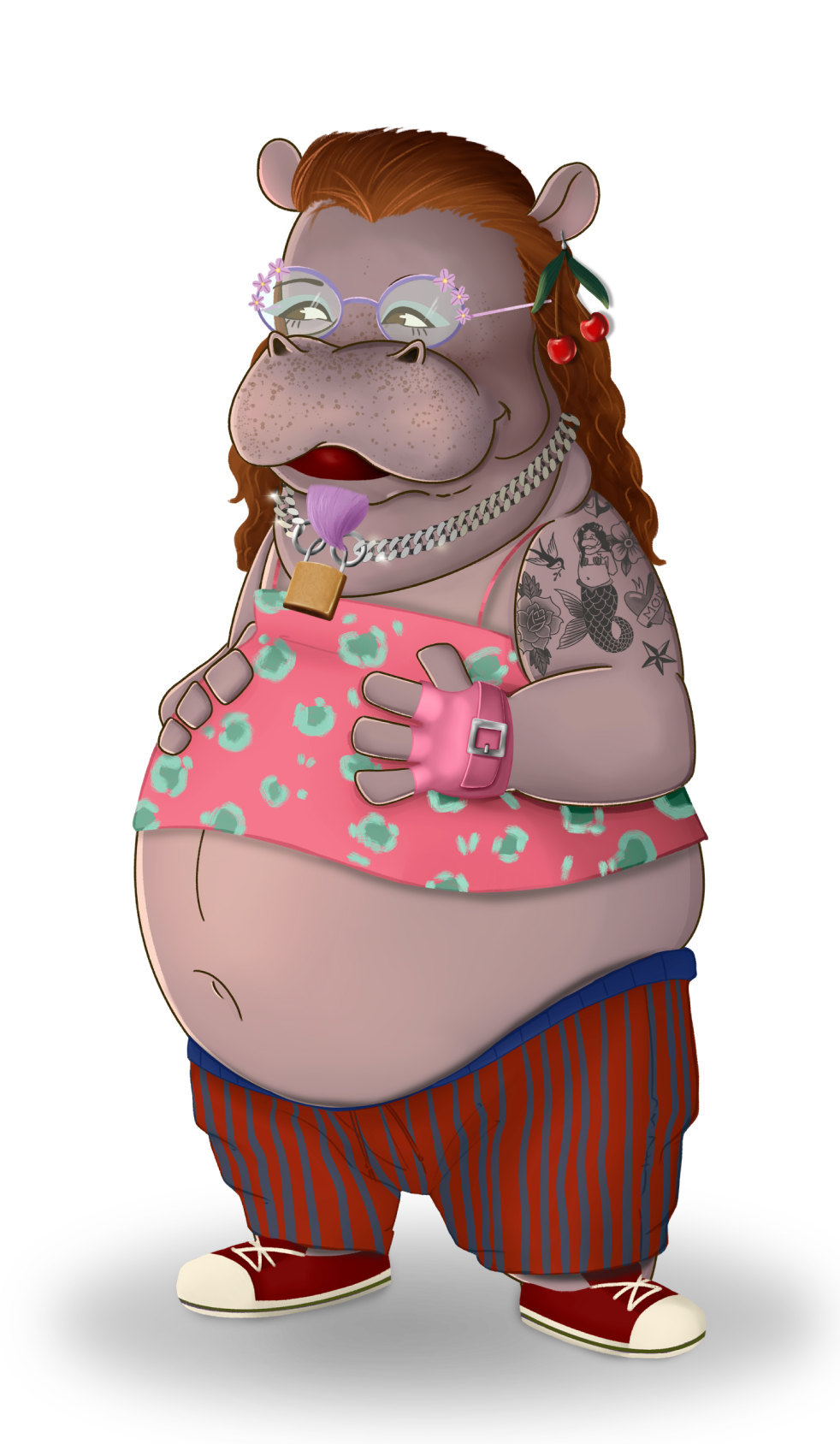 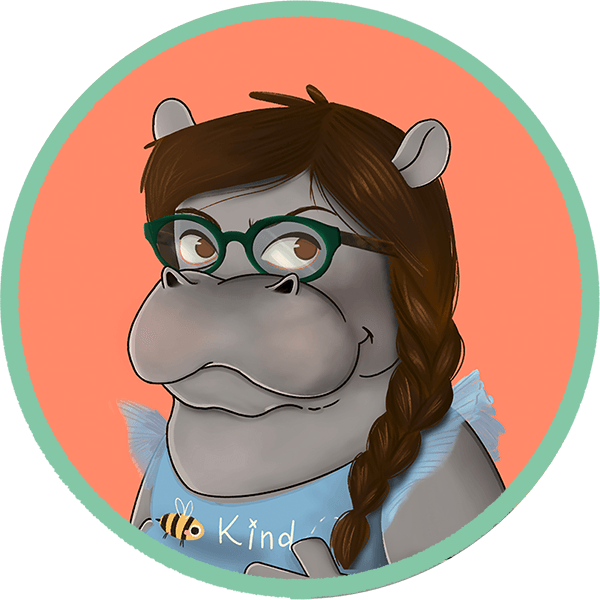 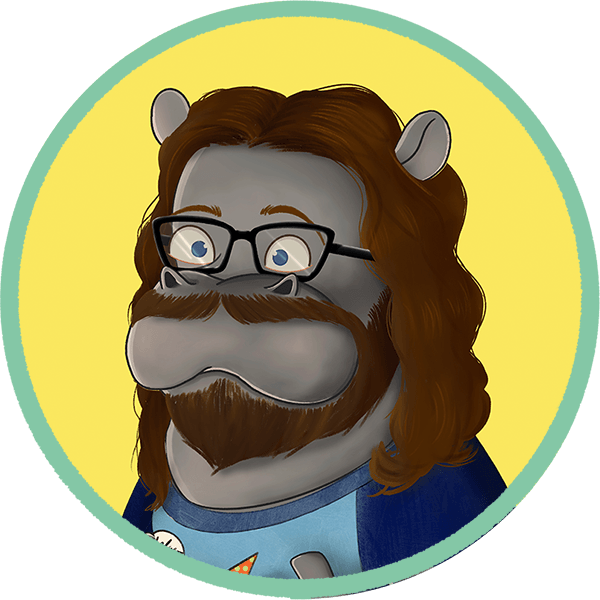 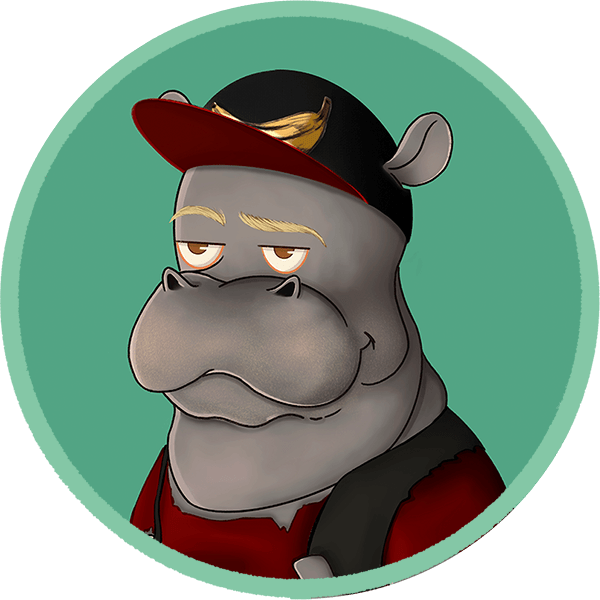 Special note about the mint

Upon minting the Hippos, we minted 200 Hippos to our Team Wallet for giveaways and to give to team members and moderators as we expand. Upon minting, we realized that every single Hippo had a nose ring (we about lost it as thought it was impossible to change), but we hadn't released the contract for anyone else to mint, yet. So we pushed a Metadata and image update where we increased the rarity of the nose ring traits so that they didn't show up with every Hippo.

It was near the end of December, we were quite exhausted, we made the call to each rest after a very long year, with a number of challenging life experiences, including the loss of a loved one.

We set up our Discord with the help of the Bueno Team to ensure a safe and secure experience for everyone that joined. Some may recall that 2021 had a rampant amount of Discord hacks which negatively impacted communities. So we took every measure possible to prevent those issues.

We also wanted to create a space where we can have fun, tell stories and share art together. So Brigitte created our Discord Stickers and Emojis.

As of February 16, 2022, we dropped our mint price down to .035 ETH from the original .05 ETH, and we airdropped everyone that had minted at .05 ETH the difference (transaction links in Discord). 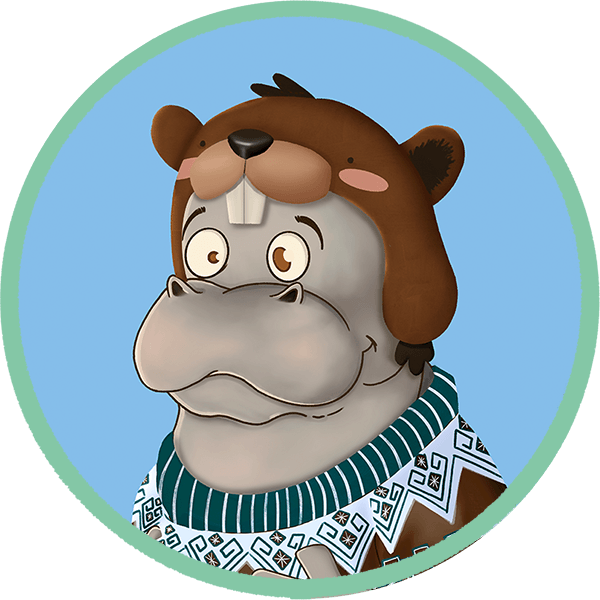 We care deeply about the youth, So we're creating experiences which inspire and teach kids about kindness, generosity, love, caring, problem solving. and other ways to be better humans.

It's our dream to inspire children and families to dream big about the possibilities of what we can do with our lives.

Our first eBook is about kindness and generosity.
Slated to launch by the end of March, 2022.

Read a Heart of Gold 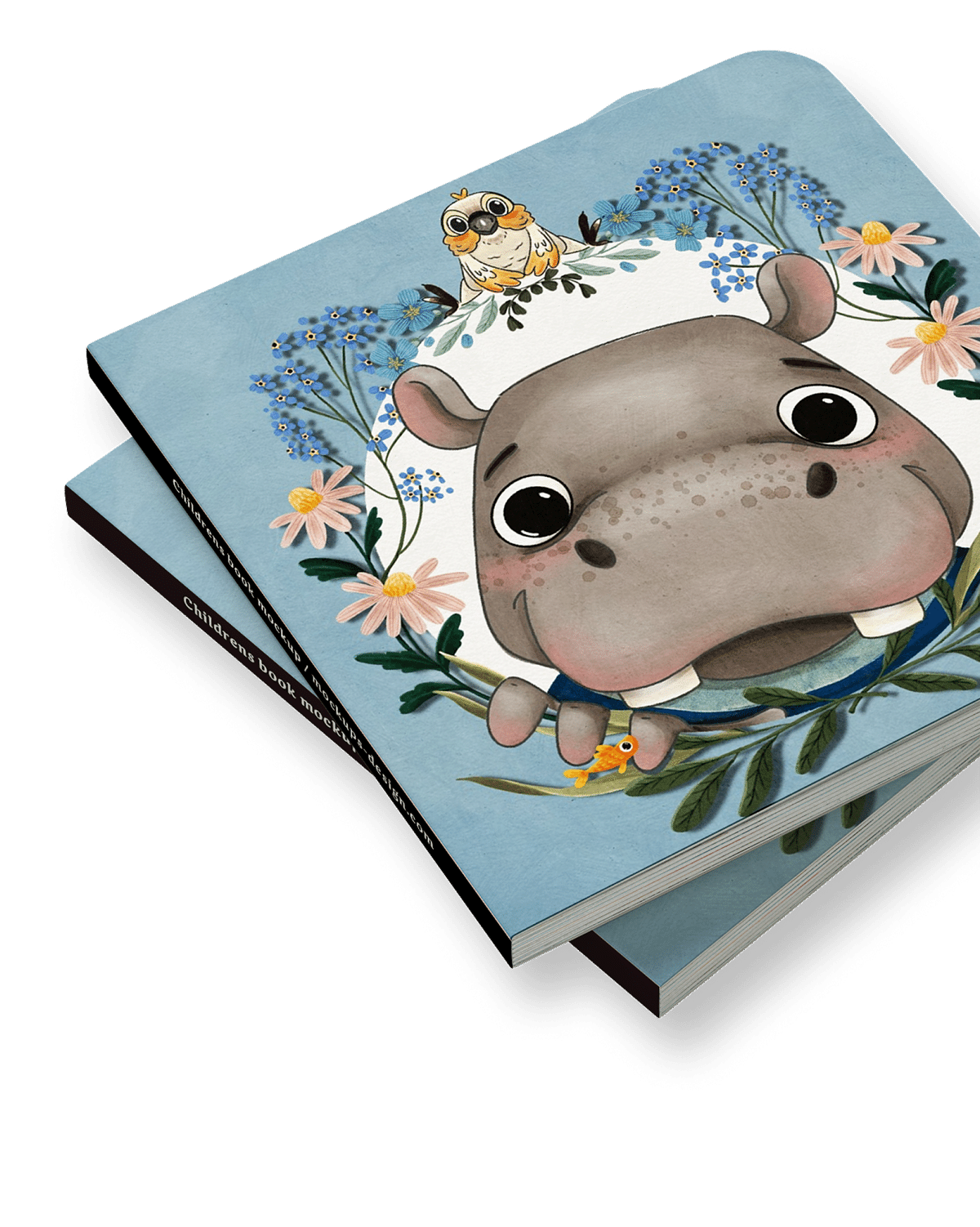 The Hippos are here to:

Bring loved ones together, through stories, art, and lots of cheer 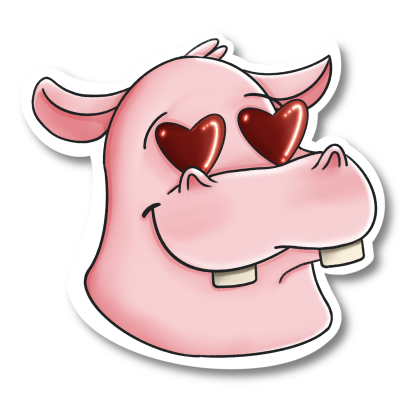 Support educators, far and near 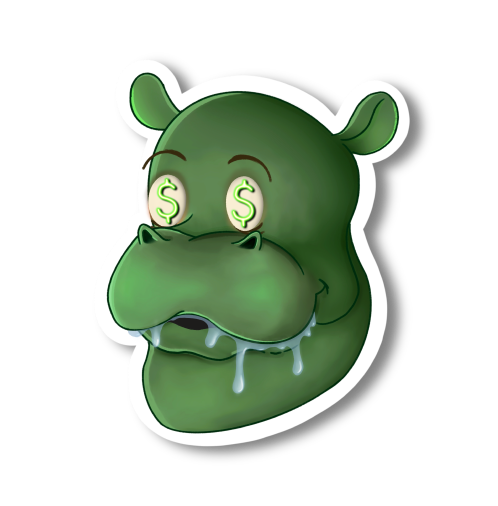 Create art together, we’ll give you the tools and gear 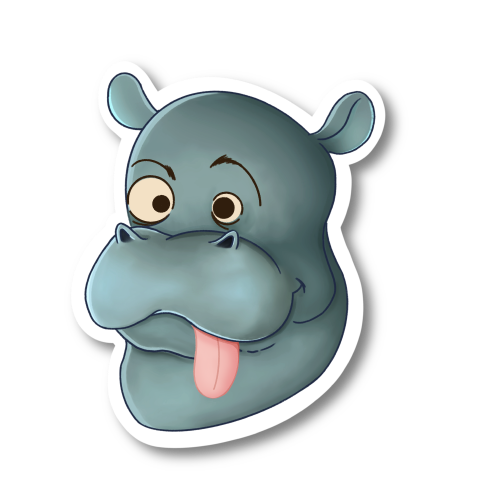 Support our Hippo Holders, each and every year 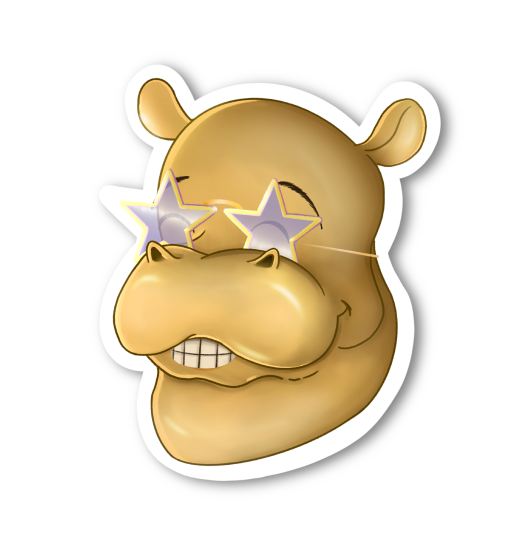 We're giving away over 100 Hippos the next 3 months (February - May) in contests and drawings. Many of these will be on Twitter and in Discord.

15% of our mint + at least 10% of royalties will go towards our fund. We’d love to support educators and students with these funds and we want to help you make a difference in your communities with these funds

We're releasing over 20 different clothing items with merchandise to match your hippos in our store. Feel free to request more merch items in Discord. 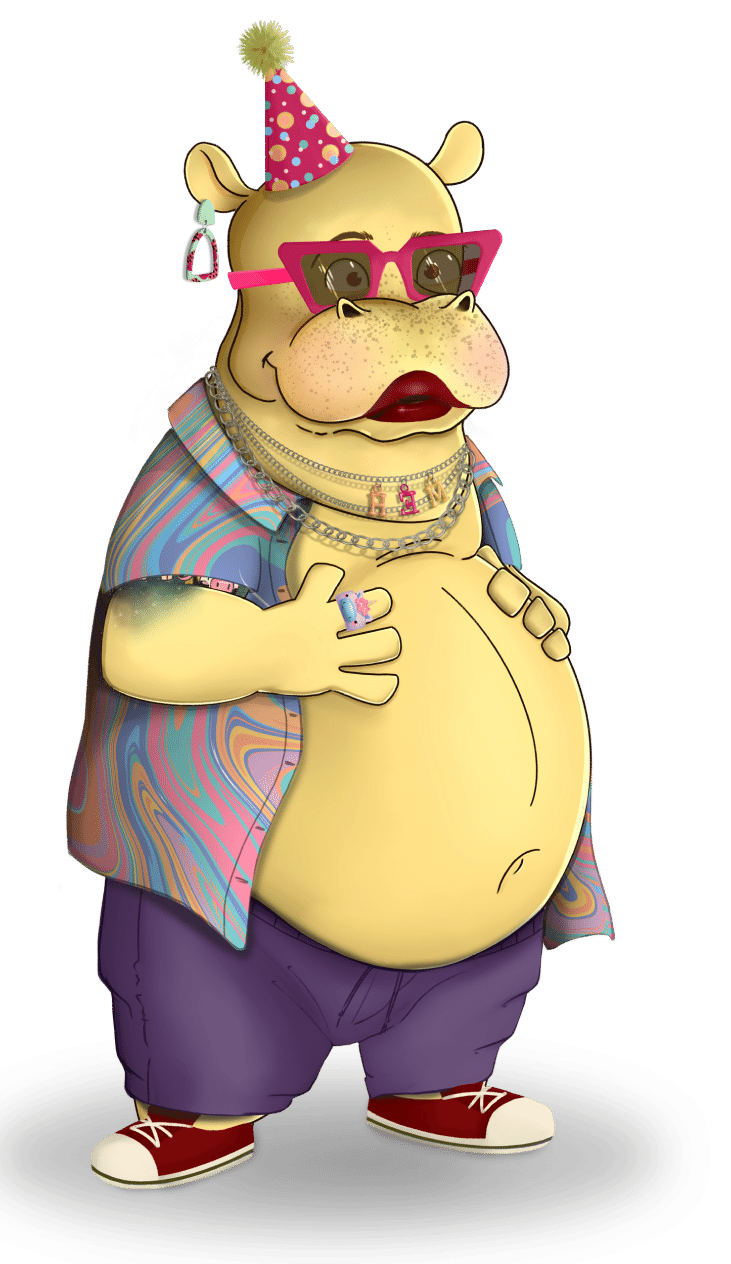 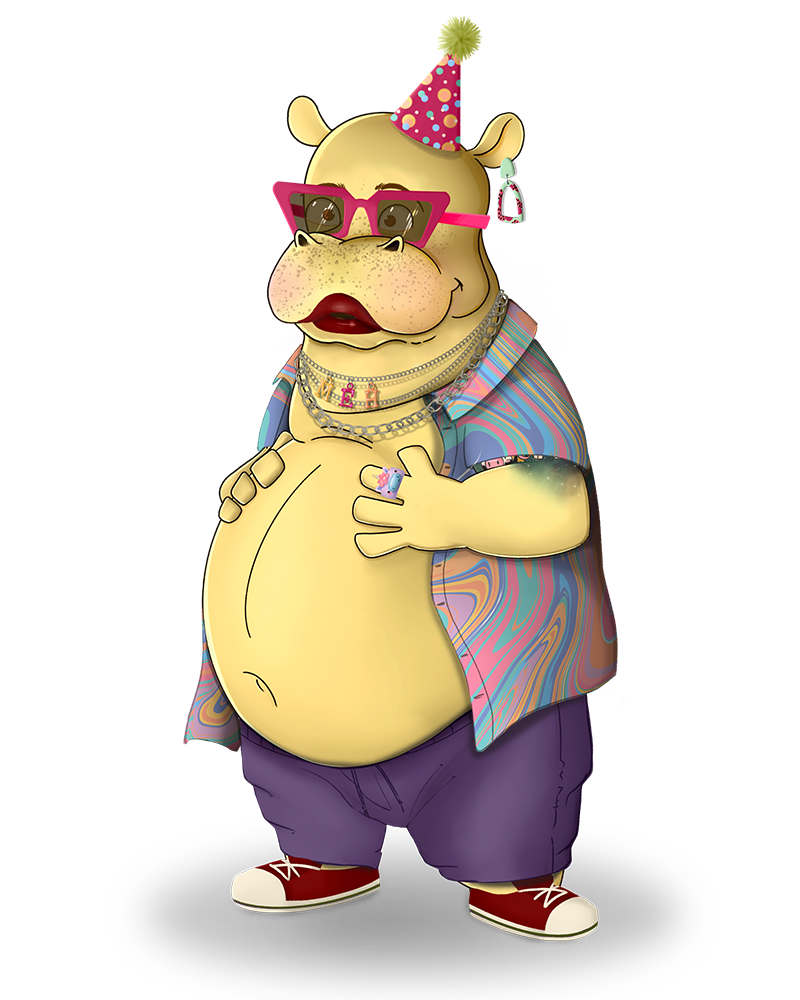 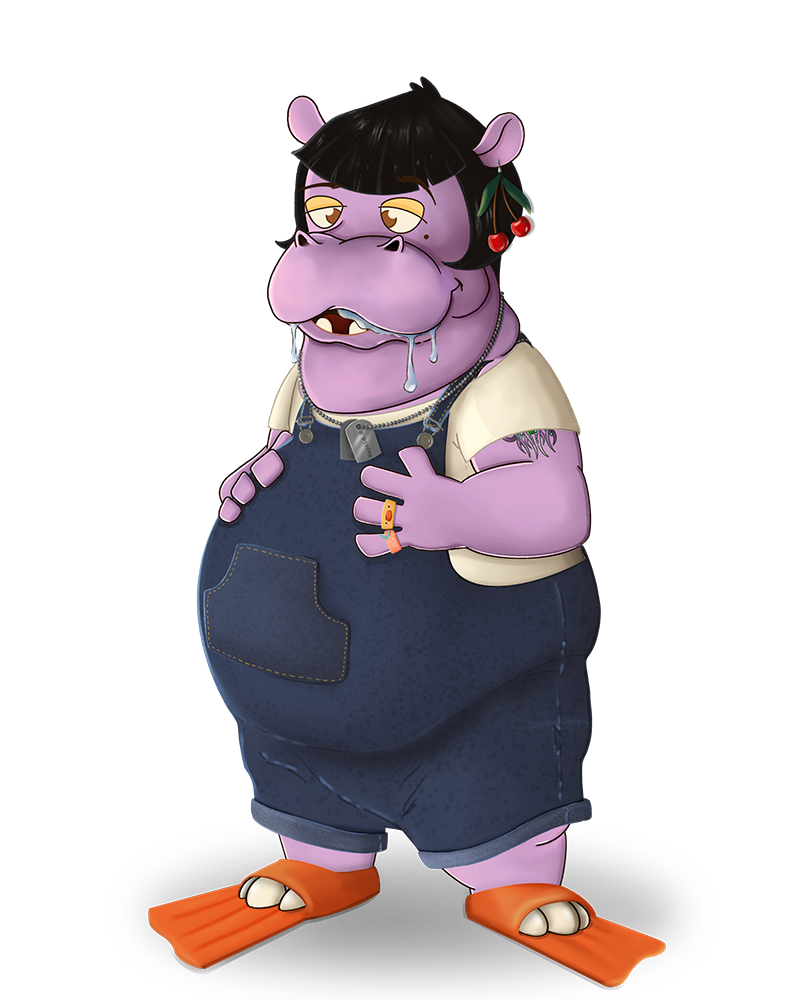 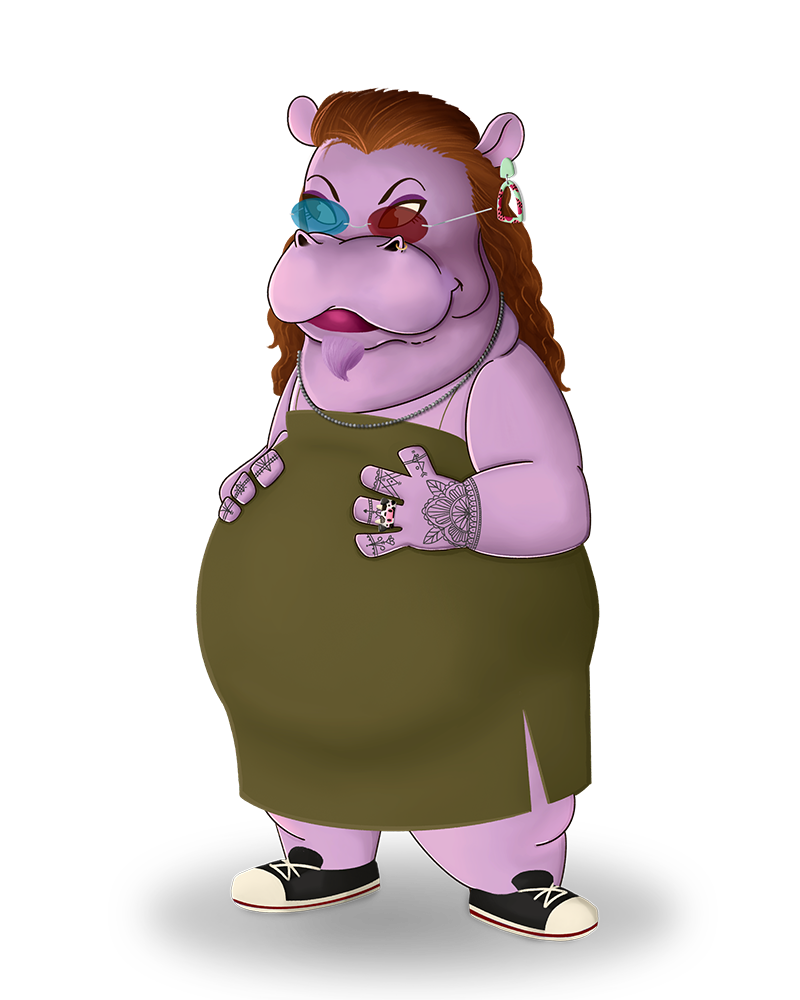 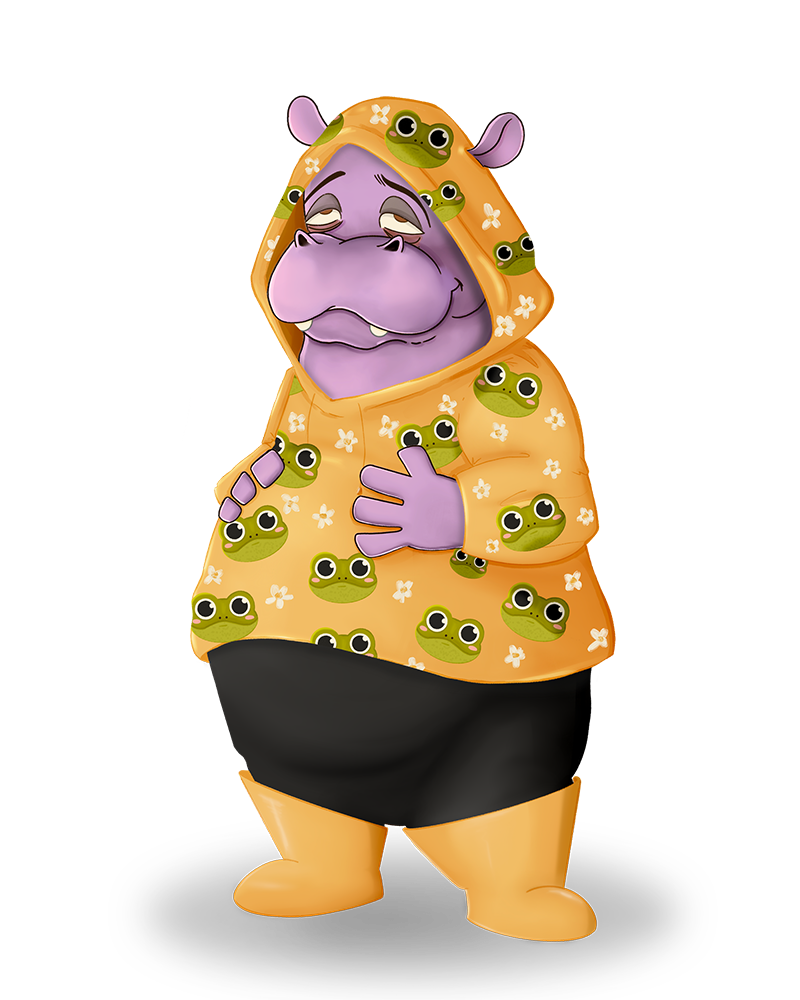 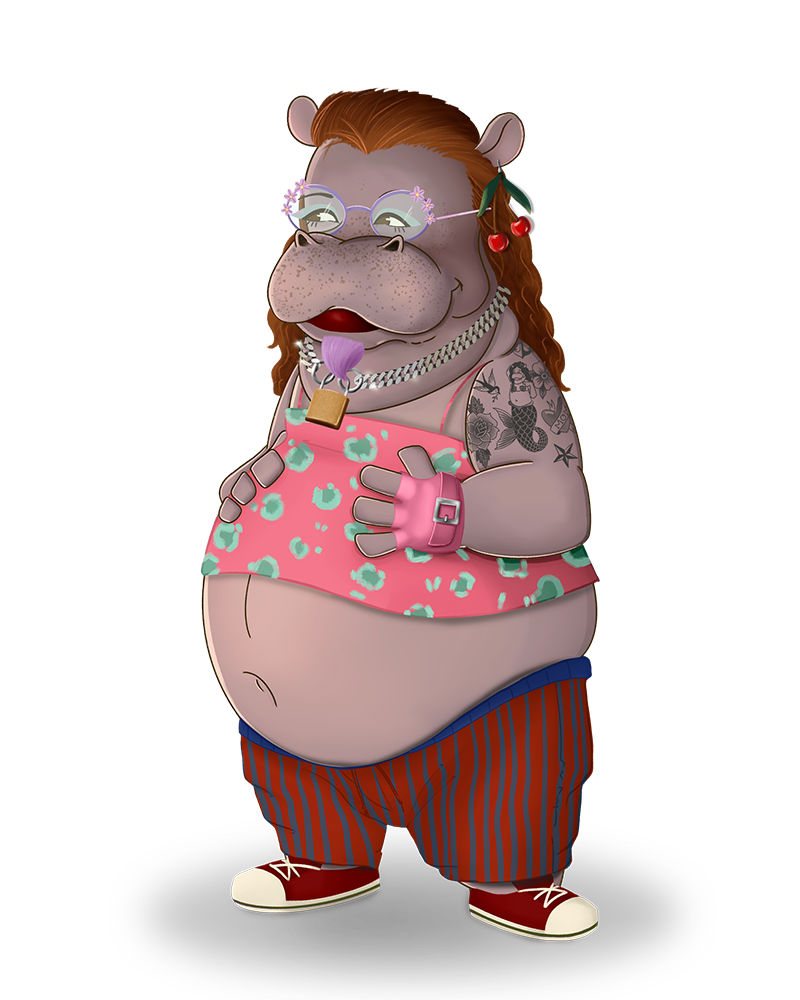 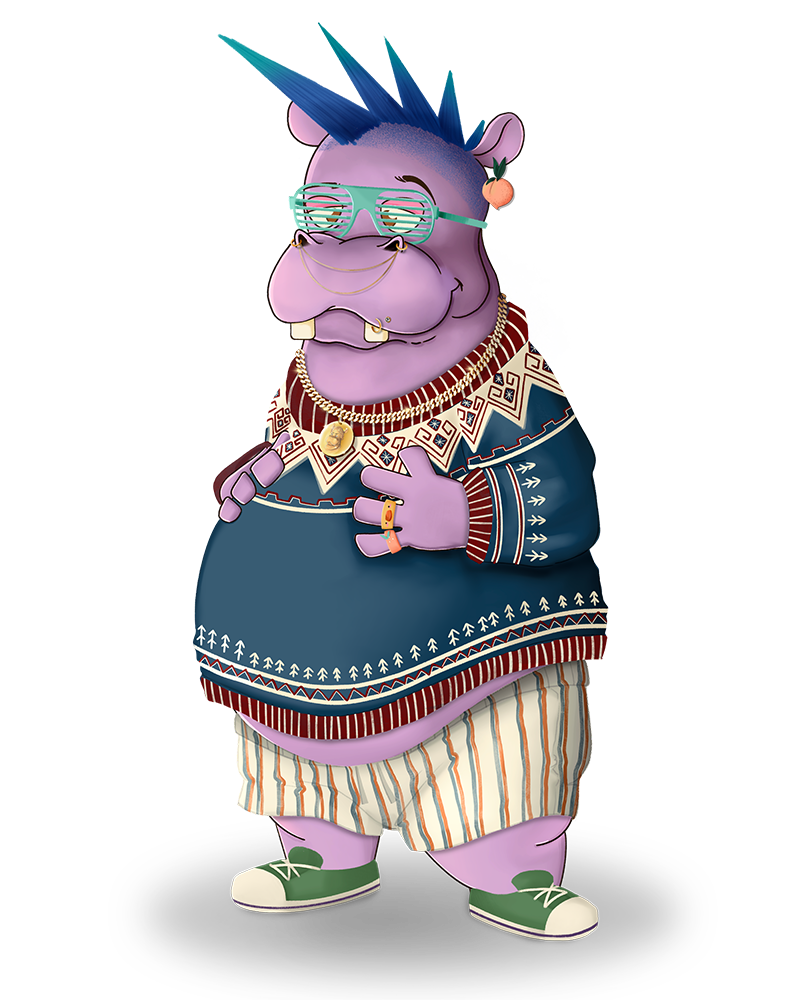 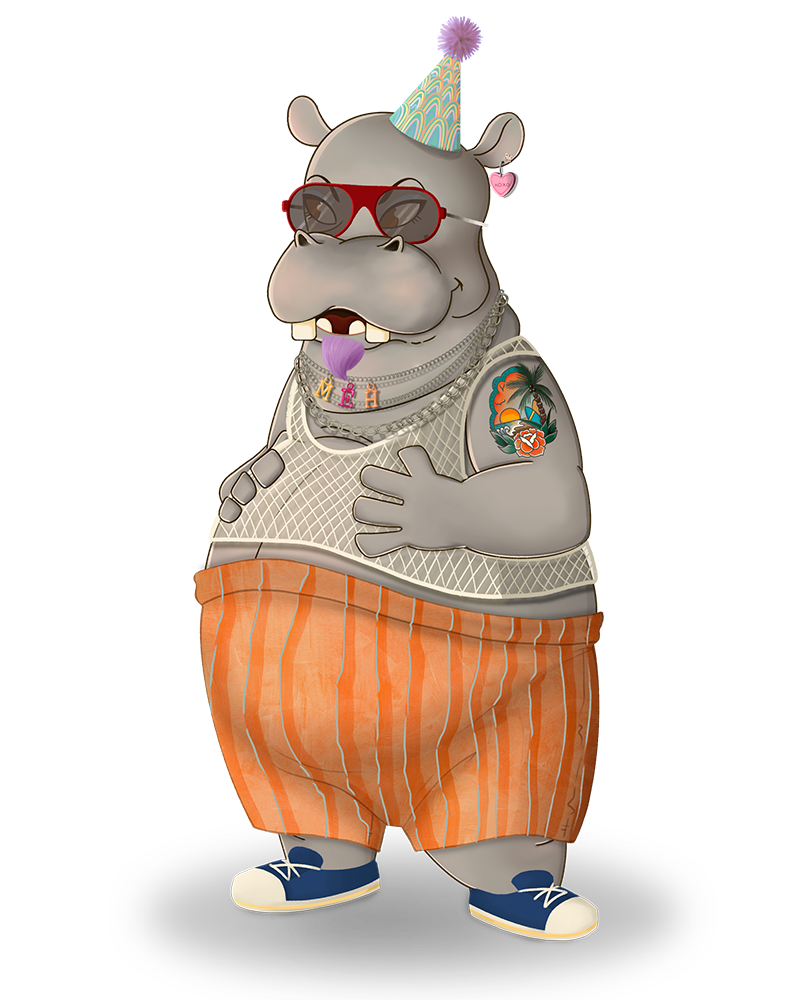 1st Place: A custom Book Cover for that Hippo + a new Hippo to go with it
2nd place: A sticky note NFT + a Hippo
3rd place: A Hippo NFT

We have these three Hippos, Your hippo meets them, tell us their story.
Winners get the Hippo which they wrote the story about.

Turn your Hippo into a super hero!!!
1st Place: A custom illustration of their Hippo in a costume as an NFT
2nd Place: A logo for your Hippo NFT
3rd Place: Sticky note NFT

5000 minted:
Start Hippos through the ages & costume contest
04
7500 minted:
25 unique custom illustrations of you (the holder) as a Hippo on a canvas for winners.

Once we've minted out, we'll begin work on the Bopping Birds, the companions of the Hippos, Hippos need their companions, we're very excited for these.

Every Hippo has a backstory, we're building a space for you to write those and share them with your Hippos (the stories will travel with your Hippo as they exchange hands over time), 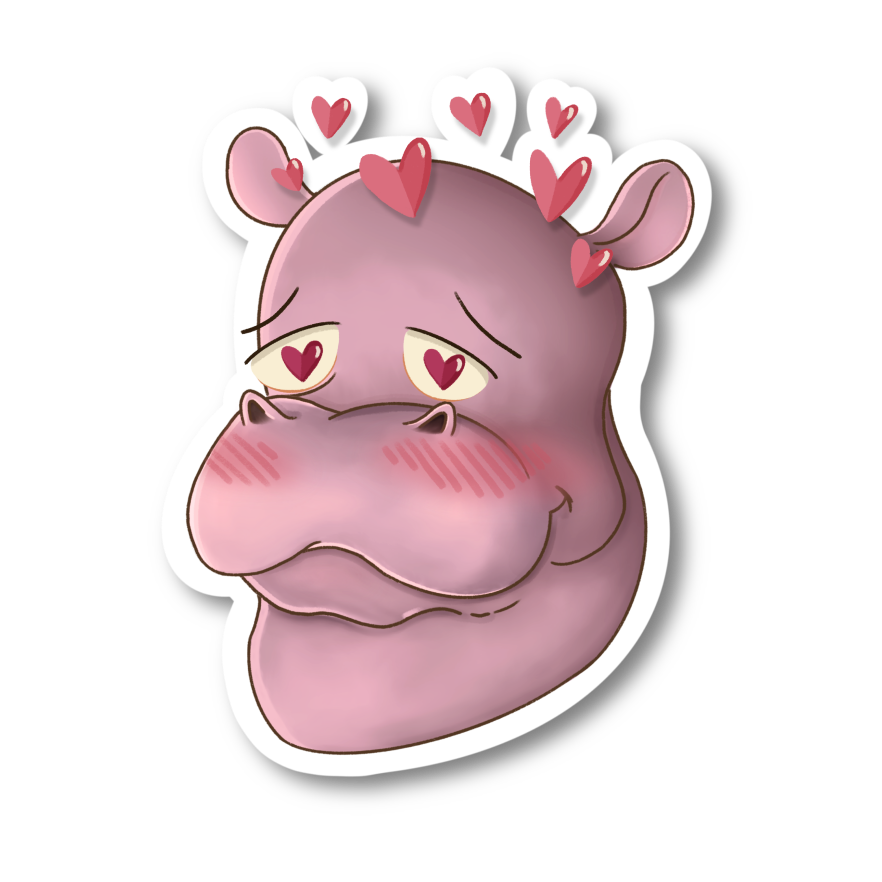 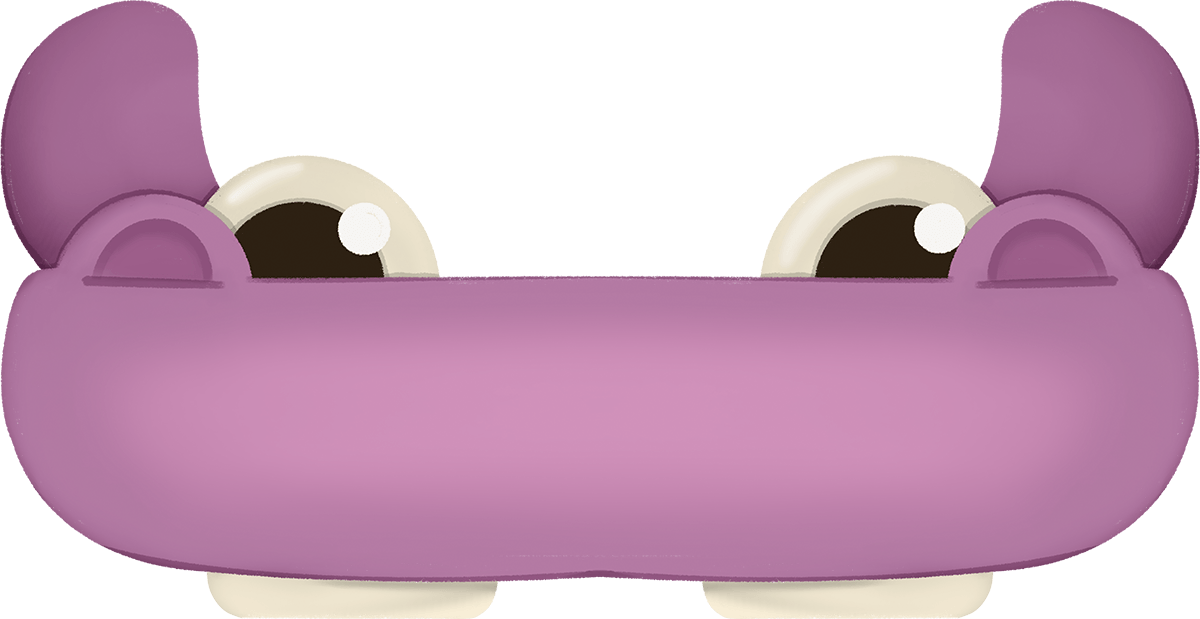